As an early adopter of the sustainable business model, the Sunway Group is ready to ramp up climate action by implementing an internal carbon pricing system to encourage emission reduction across the group.

Sunway has committed to achieving net zero emissions by 2050. It is aiming to gradually cut its carbon footprint each year, in line with the quantum suggested by the Intergovernmental Panel on Climate Change to lower greenhouse gas emissions by 45% from 2010 levels by 2030.

Putting a price on carbon emissions is a strategy to propel the group forward by tying executive remunerations to the goal, Ong Pang Yen, executive director at the chairman’s office, says in an interview.

“We are asking all our business units: Look, what is your carbon emission cap, what should be the fair emission in the industry? For our malls, hospitals and office buildings, we’ll take the best benchmark possible and set an emission cap for all the business units,” he adds.

“Even for our quarry, we will ask them, how much CO2 are you producing per tonne? We’ll set the cap based on industry benchmarks and if you emit more than that, you’d have to pay for it. It will affect your pay and bonus.”

The COVID-19 crisis has intensified the global call to prepare for future pandemics and mitigate risks arising from climate change. This has pushed more economies around the world to firm up plans to reduce greenhouse gas emissions while stepping up sustainability efforts based on environment, social and governance (ESG) criteria.

In this part of the world, Malaysia has pledged to become a carbon-neutral country by 2050 at the earliest, while neighbouring Indonesia is targeting net-zero emissions by 2060 and Thailand is aiming to achieve the same goal by 2065 to 2070. Singapore has said it will achieve net-zero emissions as soon as viable in the second half of the century.

While many Asian companies may be just beginning to pay more attention to sustainability, Sunway has been a constituent of the FTSE4Good Bursa Malaysia Index for six consecutive years.

Still, Ong says ESG is beyond mere disclosure and numbers to the group. The Group’s sustainability journey reflects its value system and business philosophy, and a lot of this stems from the vision of its founder and chairman Tan Sri Dr. Jeffrey Cheah. The Canopy Walk at Sunway City Kuala Lumpur promotes walkability. It is one of the many examples of the Group’s commitment to a sustainable business model.

“We are always told that we can do well by doing good. We can do good business by fulfilling the needs of society.” ~ Mr. Ong Pang Yen, executive director of chairman’s office

Ong says that Cheah turned down the offer of a casino licence a couple of times over the past decade despite the appeal a casino would add to the integrated township developments Sunway is known for.

Cheah’s vision also led him to build the Group’s healthcare division years ago. The healthcare business has matured over the years and is now contributing to the Group’s earnings. Building a better, healthier nation for all.

“We are always told that we can do well by doing good. We can do good business by fulfilling the needs of society,” Ong states.

Cheah has earned a reputation for building the Sunway Group by rehabilitating abandoned tin mining land and turning it into a sprawling township over the decades. Sunway’s long-lasting success — the Group will be celebrating its 50th anniversary in two years’ time — is a testament to the fact that sustainability pays off in the long term, Ong elaborates.

The Group’s ability to remain profitable and continue paying dividends during the COVID-19 pandemic despite the fact that its key business segments of hospitality and leisure are among the hardest hit during the crisis is another proof that sustainable business does not necessarily come at the cost of profit, according to Ong.

“Sustainability and survival are two sides of the same coin. You also have to look at it from the survival point of view. The world is changing, the climate changes, demand for equality is increasing. If you ignore this and don’t prepare well, you may certainly be caught in a tsunami of demands that you may not be able to handle. You’d collapse. So there are also a lot of risks to survival,” he adds. To be sure, not all of Sunway’s business segments are sustainable and friendly to the earth. Ong says that concerns have been raised about its quarry operations. “Some industries are more challenging because they are net emitters of carbon.”

“Quarry products are a necessity and somebody will have to do it. We need infrastructure and we need to build. We can’t deny the need for quarry products because that would be a hypocrisy. But we can manage the quarry in the most efficient manner so that it reduces the impact on the environment.”

The article originally appeared in The Edge 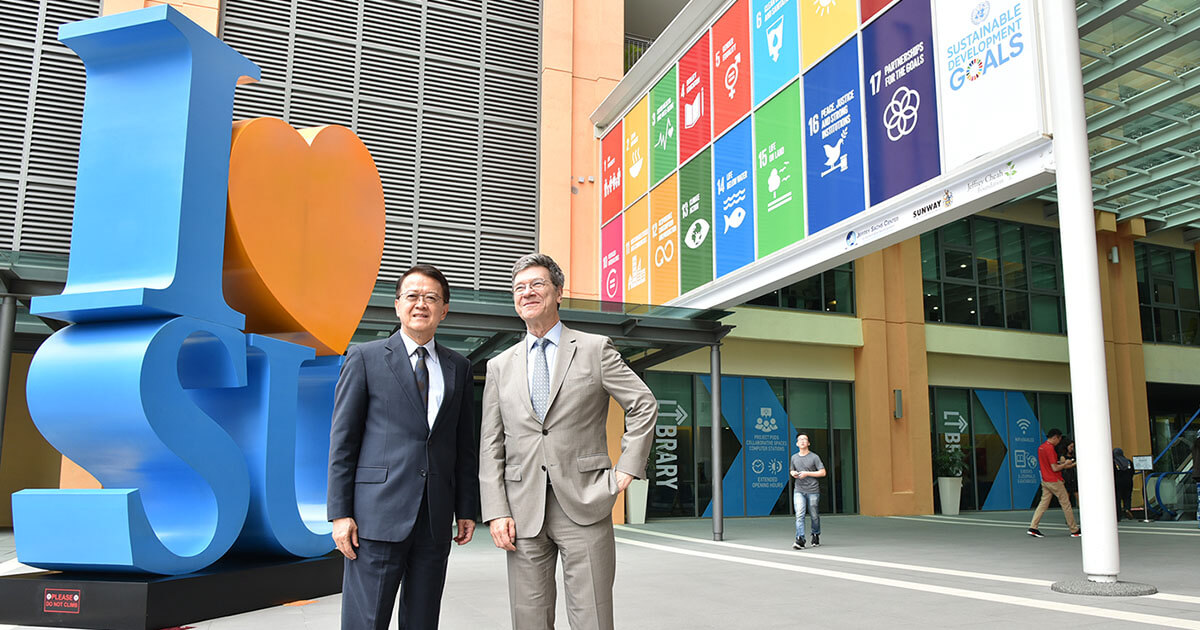 Empowering the Youths of Malaysia