Does Everyone Have a Doppelgänger?

“Today I saw somebody who looked just like you,” is a line from You Are Everything, a famous classic love song by Marvin Gaye on the heartache of a lover who longs for a former flame, and coincidentally sees a person who looks exactly like her.

Admit it, we have all done a double take when mistaking a random person on the street for someone we know. With seven billion people in the world, it’s fun — if not a bit eerie — to believe doppelgängers do exist among us and you may just bump into your lookalike one day! Dhurga Devi and Thavamalar have more in common than just their looks – they work in the same department.

Dhurga Devi and Thavamalar could be mistaken for being the same person. But they are actually completely unrelated. They are doppelgängers – two people who share uncanny facial resemblance. What’s even more interesting is that they work in the same department at Sunway Medical Centre.

How do you define a doppelgänger?

Doppelgängers (German for “double walker”) are non-biologically related lookalikes – they are not genetically related to you nor do they have any connection to your family history, but for some odd reason, have similar features to you.

What are the likelihood of you having a living doppelgängers?

Folk wisdom has it that everyone has a doppelgängers; somewhere out there there’s an almost perfect duplicate of you, with your mother’s eyes, your father’s nose and that annoying mole you’ve always wanted to have removed.

Apparently there is a one in 135 chance that there’s a single pair of complete doppelgängers.

This was a result of a study by University of Adelaide biologist Teghan Lucas and her team, who analysed the faces of nearly four thousand individuals, measuring and comparing them across eight distinct facial features – although didn’t disclose which features these were.

The team concluded that the chances of someone looking exactly like someone else in all eight features is about one in 1 trillion. This means: 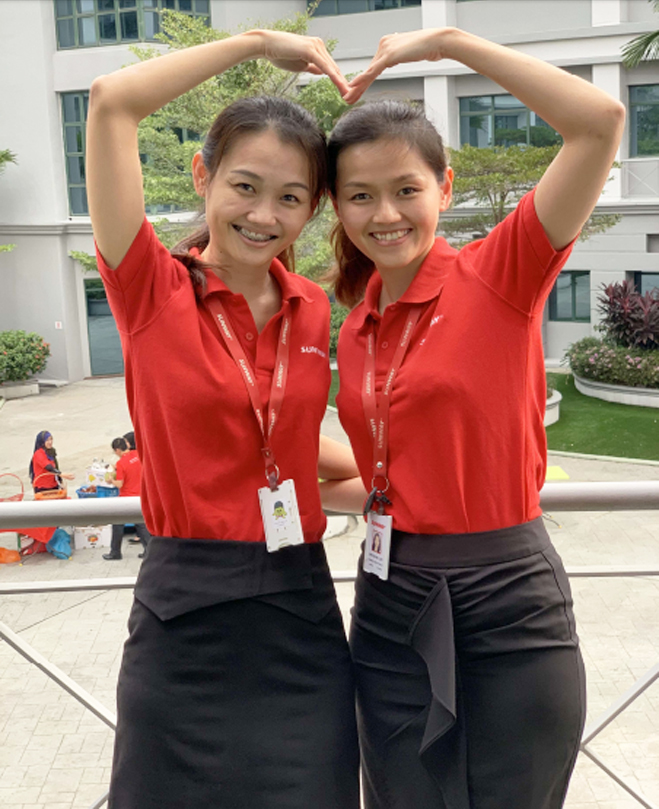 Mostly people do not come across doppelgangers of themselves.

“The human face is extraordinarily unique. I mean think about it. The chance has to be quite low otherwise you would be bumping into people who looked like you all the time, and you don’t,” said Sir Walter Bodmer, a professor of human genetics from the University of Oxford.

In the days leading up to the annual Sunway Family Day event, we ran a lookalike contest amongst Sunway colleagues in search of their doppelgängers called Pelanduk Dua Serupa. Although the overall chance of finding someone who resembles you is really very small, surprisingly we got quite a decent number of submissions amongst Sunway family. Here is the list of winners!

The grand prize goes to… Margaret and Wann Ying of Sunway City Ipoh! Congratulations, you both have each won a Fujifilm instax mini 90 Neo Classic! Nurzalikha & Tenny Tasha of Sunway Resort and Shafiqah & Poh Shan of Sunway Marketing! Congratulations, each of you won a Fujifilm instax mini 9! Have you found your lookalike?

How Sunway is Fighting the Battle Against Food Insecurity